A chronicle of events, news and information of the Golden Ears Chapter of the Vintage Car Club.

Sharon was a past Director of Golden Ears Chapter and was involved in many aspects of the club.  She was not afraid to take responsibiility for organizing and running of many club events, including Captain of Swap meet Kitchen, Christmas Parties, Bus Tours to Lemays , Leavenworth, Festival of Lights at Van Duson GArdens just this past December,  Mini Golf events and Directors Dinners.  She will be greatly missed by all. 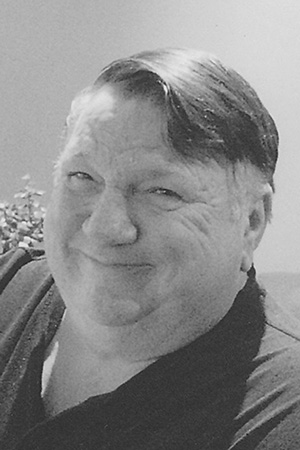 It is with great sadness that the family of Larry Goldsby announces his passing on December 30, 2016 at the age of 67. A Celebration of Larry's life will be held at 1pm on Jan. 21, 2017 at the Maple Ridge Baptist Church - 22155 Lougheed Hwy, Maple Ridge.

Larry will be lovingly remembered by his wife of 42 years, Leslie and his children, Craig (Natasha), Daryl (Helen) and pre deceased by youngest son Keith.

He leaves behind many extended family and friends. Larry was a heavy duty mechanic (marine division)with Finning until retirement. He loved scouting since young and was one of the founding members of the 31st BP Guild. A long time member of the Vintage Car Club of Canada, Golden Ears and Vancouver Chapter. Loved racing, old cars, woodworking and intarsia. Larry supported outreach in many communities. He knew the meaning of giving a hand up, lending knowledge, skills or manpower to an individual or group and just being there for support. Spending time with his family was first above all. We are ever thankful for you Larry. Although your earthy presence will be missed and a huge void in our lives, our memories and hearts are full. Love you and miss you.

Condolences may be sent to www.mapleridgefuneral.ca

Lyle Bolster passed away in hospice after a 3 year battle with cancer. He spent his career as a heavy duty mechanic for Finning in both Campbell River and Port Kells, as well as for Dillingham Construction - later Vancouver Pile Driving. Lyle retired in 2014 to spend more time traveling the world with Val, his wife of 25 years. He spent many happy hours in the garage tinkering with his classic car, as well as many "happy hours" enjoying a drink with family and friends after a day of skiing, or out on the boat. Above all else, Lyle loved and was proud of his family. He is survived by his wife Valerie, children; Chris (Claudia), Sean (Jamie), Erin (James), and Jacquie, his siblings; Stan (Donna), Darlene (Doug), Brian (Linda); as well as 3 beautiful grandsons.

In lieu of flowers, please consider a donation to the Canadian Cancer Society in Lyle's name.

Lyle and wife Val were members of the Golden Ears Chapter where among other things he chaired the annual September Show & Shine at Haney Mall.  He will be missed by many.

At the Variety Show of Hearts held on Valentine's weekend, Golden Ears members were part of the presentation of a cheque.  The donation was made up of a share of the profits of Old Car Sunday in the Park, held each Father's Day in Mission, BC http://www.goldenearsvccc.com/apps/photos/album?albumid=13039524

The first Saturday of June is always the Pitt Meadows Parade.  This year 20 vehicles showed up at Tim Horton's to travel in a group to our assigned spot on  Hammond Road to wait for the parade to begin.  Again, this year, we had one vehicle who found it too hot - this year it was the Phillip's 56 Mercury that had to drop out just before the parade ended.

After the parade, everyone drove the scenic route to the Pitt Meadows Airport for lunch.  Again, thanks to the Sims for organizing us and making sure that we were all in the right place and the Ulmer's for phoning ahead to our lunch stop so that our service was fast and efficient.  The food was great also!

Check out the pictures in our Photo Gallery.

In March, Autoweek did an interview with Jay Leno - here's what he had to say about ethanol.

Jackson Murdoch was this year's recipient of our Club bursary.  This bursary is presented each year to a deserving student in the automotive class in School District 42.  Neva made the presentation of a cheque for $500.  This is the 15th year of such presentation.    Congrautlations to Jackson.

It was the most beautiful weekend, with great weather and good company and no breakdowns!

We headed out Hwy 7 to Hope to top the gas tanks up before heading toward our destination.  The traffic was light and all 10 cars managed to stay in sight of each other through the mountains.  We arrived in Osoyoos to beautiful sunny skies and booked into the Best Western Hotel.  We were given priority parking at the front of the hotel for the weekend.  After unpacking we headed up to the 'happy hour' room, which was a family suite on the third floor, complete with outdoor balcony.  Loads of room to sit and chat and plan our weekend.  Our hosts, Judy and Doug, had arranged for the hotel to put on an 'appy' spread in a private dining room instead of heading out for supper.  This worked out really well and was a great finish to our first day.

Saturday morning we met outside to go next door to the Rattlesnake amusement area.  We were divided into teams and played a round of mini-golf.  Some of our group had not played mini-golf since they were teenagers - so there was lots of fun and frivovility.   The go-carts called to us as we played our golf - so over we went to have a race!  Barry, Ross and Doug were the most aggressive - and Doug took a spin in the middle of the track, but didn't skip a beat!   Afterwards we were given our boxed lunches and we headed out in convoy to our first winery stop - Silver Sage Wineries.  We parked all together and headed to the lawn with our chairs and lunch.  After about 1 hour we were ushered inside to a group wine tasting where we had the chance to try up to 12 different wines - most of them late harvest dessert wines.    From there we took different routes back to the hotel, some stopping at other wineries along the way.  Supper was scheduled at the Wildfire Grill, we buddied up for the drive up town - ask Jan about her 'comfy' seat - some chose to walk back to the hotel after a great meal.

Sunday was going to be a full day.  We started off with a tour of JF Launier Kustoms where we had the opportunity to meet JF and see his wonderful creation Rivision.  This beautiful car started ot as a 64 Buick Riviera, but you could hardly tell.  JF was honoured with the Detroit Autorama Chevrolet Performance Ridler Award.  For over 50 years, the Ridler award has represented the best of the best. It’s a defining moment to any car builder and if they’re fortunate to win the trophy, it will further launch their career to the stratosphere. It’s sort of like getting more street cred for already being in the trenches, or we should say, on the shop floor with torches and a welder. These builders are trying to create an over the top, one-off machine that will make the judges fall over backwards and unanimously vote for their car to be Ridler worthy.  Go check it out here.

Off to Hester Creek Winery for a tasting, and purchasing, then on to Tinhorn Creek Vineyards where we took over the amphitheatre for another beautful boxed lunch picnic and a game of bocci ball - following Judy's rules - or not!  Back at the hotel, a few brave souls went on to the bumper boats - Sharon was the only wise one and wore a bathing suit - the guys were in shirts and shorts.  Everyone ganged up on Sharon, but the boys were the wettest!  During all of this there was a wedding party having pictures taken and when we finished our fun, we found the bride and groom nestled up against Don's pickup for pictures - they then asked if they could sit in Angela's convertible for a couple - we all obliged and watched as the pictures were taken.

Supper was at Nk'mip Cellars on the patio.  The meal was served family style and consisted of a tasty tomato salad, prime rib, potatoes and veg and a fantastic dessert.  Of course wine was at the table too!

The weekend is drawing to a close - here we are on Monday morning saying goodbye to 3 of our group as they are staying one more night.  The rest of us head out to Keremeos and stop to buy fruit and veggies.  We reach the Brown Bridge Pub in Princeton about lunch time and head out onto the patio for food and beverages!  This is our last stop before home - so again we say our goodbyes.  We were all in sight of each other as we reached Hope and headed down Hwy 7 to home.

Thank you very much for a great weekend - Doug and Judy did a fantastic job of organizing everything - handing out prizes and keeping everyone in order!  See some pictures in our photo albums

Connor arranged a tour to the Interurban Railway and Restoration Shop in Cloverdale.  Members met at Tim Horton's in Maple Ridge and went in convoy picking up others on the way.

The Interurban Restoration Shop is manned by volunteers who are restoring some interurban trains which ran from Chilliwack to Vancouver.  The Car which is finished is Car #1225.  It was built by St. Louis Car Co in 1912 and was one of 28 identical cars ordered.  The car is 51 feet long and has a passenger capacity of 60.  It's restoration was achieved with 20,000 volunteer hours over four years.  Car 1225 was the last car on the last scheduled run before the system was decommissioned.  The run ended on February 28, 1958 in Marpole.

After the tour of the shop and museum and rides on the Speeder, we travelled to Whiterock, cruised the 'drag' and met at the ABC Restaurant for lunch.

Thanks, Connor, for a great day!  You can see some pictures here.

Article on one of our members

Alyn Edwards wrote an article on Angela & Del's Dodge which was printed in the Vancouver Sun on July 25th, 2014.  Another version is online at driving.ca.  You can check the story out here.